From the Tuam Rural District Council 26 February 1916: Sewrage Update and a leave from Standing Orders 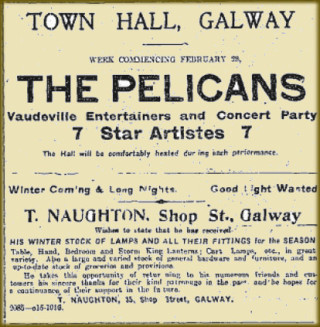 Some advertisements taken from the Connacht Tribune 26 Febrary 1916 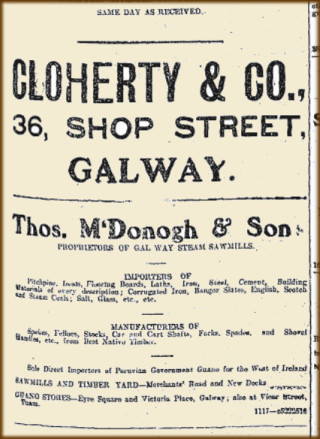 Some advertisements taken from the Connacht Tribune 26 Febrary 1916

Letter from Donnelly & Moore Engineers, requesting to be informed whether the Tuam Sewerage work for which they prepared plans etc. in November 1912 is likely to be proceeded with at an early date and that they would be obliged for cheque for £10 in connection with the work.’

‘The Minutes having been signed a deputation consisting of Messrs Aston, Young, Fisher and Lieut. Hughes informed the Council that they would be obliged if the Council took up the business on the Agenda No. 8 relative to recruiting, as they had to arrange for the public meeting to be held in the Town today.  The Chairman asked leave to move that the Standing Orders be departed from in this case and that the deputation be heard.

Leave was accordingly given by the Council and Mr Young having explained the objects of the deputation it was proposed by Mr PJ Costelloe & seconded by Mr James McDonnell and passed unanimously:- “That the members of this Council form themselves into Committee to further the interests of voluntary recruiting by every means in their power.”