You are here: Home>Galway Commemorating>2016 Blog Archive>A Prophecy in Wartime

A Prophecy in Wartime 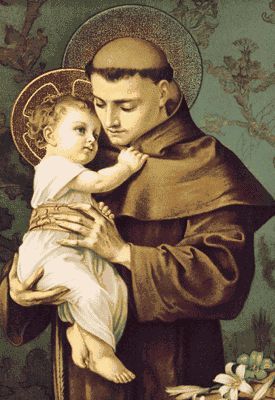 ‘Wednesday night’s “Evening Herald” contains the following: – “How much truth is there in the legend, that comes from Italy, of the mysterious Friar who predicted the coming peace.  According to a foreign correspondent who got the details from the sergeant in charge of the party to which it happened, a squad of recruits were being drilled and their clumsiness caused the sergeant to use “language.”  A Friar was passing at the time, and turning a reproaching look the instructor, said, “My son, why bother these poor lad so?  They will never be wanted for the war, for it will be over inside a couple of months!”  Saying which, the good man drew his robe around him and departed.”

The prophetic Friar could not be found on investigation, but in the chapel the sergeant suddenly espied a portrait on the wall, and exclaimed “Why that is the man.” 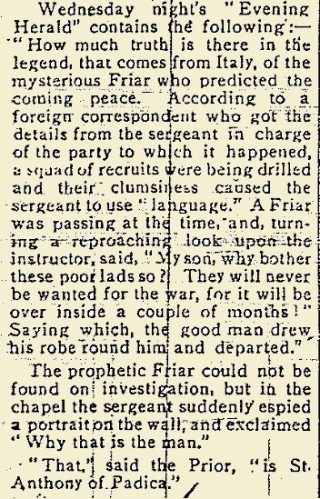