You are here: Home>Galway Commemorating>2016 Blog Archive>Captain Mellows and his Merry Men are Still on the Run

Captain Mellows and his Merry Men are Still on the Run 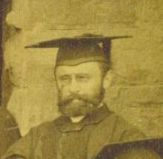 ‘The celebrated German professor at the College, Professor V. Steinberger, who was arrested with several other Galway men and removed to a patrol boat in the road stead, was released from Wandsworth detention camp and arrived in Galway none the worse of his incarceration.’

‘Gradually things are improving for visitors’ comfort and accommodation at Salthill. The new Tea Rooms and Restaurant in connection with the Shop street concern were opened under the management of Mrs walker.  The premises – Atlantic Lodge, have been decorated and the spacious rooms are papered with white and lilac paper and cream and heliotrope colours predominate.  The whole aspect of the place looks well; reflecting credit on Mrs Walker and Miss Persse.

When Dr. J. J. Considine and Dr. W. Dawson, Lunacy Inspectors, attended at Ballinasloe Asylum last week to hold an inquiry with regard to a report made by them as to the treatment of patients, Dr Comyn said he had advised his clients, the matron and staff, to refuse to give evidenceDr. Ada English, acting R.M.S., said she agreed with the inspector’s report.  Dr. Murnane said he saw the patients on straw, but he gave no permission for its use.

A young man named Barrett was brought from Athenry to the County Jail under a strong escort.  He held the rank of sergeant in the rebel contingent which was raised in that place, but was missing since the general break-up of Moyode.  He returned quietly to his house on Monday night, but was almost immediately apprehended by the local police.

Three officers and one hundred and fifty men belonging to the Sherwood Foresters Regiment arrived in Oranmore as an advance party, and within a few days the remainder of the battalion will follow.  Oranmore is a splendid training ground, and why it is not used more only the war Office can tell.’

‘Captain Mellows, of Athenry fame, is still on the run.  The hunt for him and his merry men still continues.  It is said that he had a motor cycle which he used with effect and which has since been captured, that he escaped to Connemara in a turf boat, and that the police are looking for a honeymoon couple, the “bride” being none other than one of the most daring insurgents escaped over the mountains, got to sea by the Shannon, and are now on their way to the United States.’