Earl's Island Military Barracks and the Independence Struggle in Galway, 1920-21 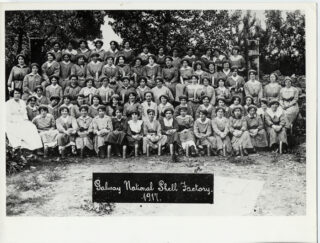 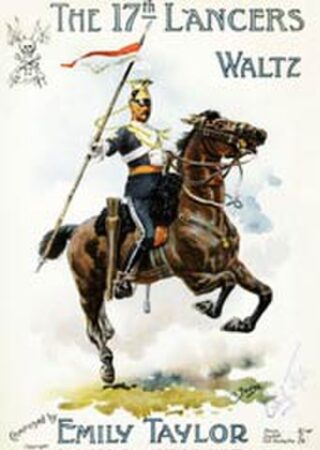 Earl’s Island Barracks, Galway, now the bar of the Students’ Union at the National University of Ireland, Galway, was an ammunitions factory during World War One, with many young women from the town finding employment in war work. Following the end of the war, the building was occupied by the 6th Dragoon Guards, but upon the outbreak of the independence struggle, it became home to the 17th Lancers, a cavalry regiment. Following the arrival of the Black and Tans in Galway in 1920, the building was also used as a detention centre by D Company of the Auxiliaries based at the nearby Lenaboy House in Salthill.

The Auxiliaries frequently brought prisoners to Earl’s Island for interrogation with men frequently brutally assaulted, and Michael Moran, commander of the North Galway Brigade, was killed by his captors on his way into the facility on 24 November 1920. D Company of the Auxiliaries was responsible for a series of shootings of civilians and republicans across Galway during the independence struggle. Volunteer Officer Michael Moran, Carramoneen, Tuam, led the North Galway Brigade of the Irish Volunteers during the early phase of the War of Independence. He was involved in organising the republican attacks on the RIC barracks at Castlehackett and Castlegrove in early 1920. He was also involved in the first lethal republican attack in County Galway when the Volunteers attacked police at Gallagh Hill, near Tuam, on 19 July 1920. Following the Gallagh ambush, Moran’s home was fired into by crown forces,forcing him to go on the run but he was picked up by the crown forces in November.

An armed escort of Auxiliaries was taking Moran from Eglinton Street Barracks to Earl’s Island Barracks on 24 November 1920 when he was shot dead by his guards. A military inquiry subsequently found that he was shot at close range on the left side of his head around 8.45 pm while in the company of officers under the escort of F.H.W. Guard, T. Simmonds and J. Lowe. Lieutenant Guard subsequently claimed that he shot Moran while he was attempting to flee as he was dispersing a crowd of civilians nearby; the Loughnane brothers, Harry and Patrick of Shanaglish, had met the same fate at the hands of D Company earlier the same month, and North Galway republican leader Louis Darcy of Headford, would be killed in similar circumstances when he was seized by D Company at the Oranmore Railway Station on 23 March 1921.

Several members of the Earl’s Island garrison were killed during the independence conflict, including Captain Fiennes W. Cornwallis and Lieutenant Robert McCreery, killed by the South Galway Flying Column at the Ballyturin ambush in Kilbeacanty on 15 May 1921. Considerable tension existed between the garrison and the townsfolk of Galway following the truce that ended the War of Independence, and on 2 October 1921, Lieutenant G.H. Souchon was shot dead near the Town Hall. A native of Surrey, he had fought in France during World War One and was stationed at the garrison during the independence struggle. He was killed passing the Town Hall during a confrontation between members of the garrison and a group of Galway Volunteers running a ceilidh in the Town Hall in aid of the relief of republican prisoners. A gun battle erupted when crown corces with masked faces attempted to enter the building, with indiscriminate firing into the hall through the windows. Souchon appears to have been killed by republican fire defending the building, although a stray bullet by one of his own party could not be ruled out.

An immense amount of archival material on the Auxiliaries has been digitised and is available on the website: The Auxiliary Division of the Royal Irish Constabulary at  https://www.theauxiliaries.com.