The Archives section's contribution to the 1916 centenary 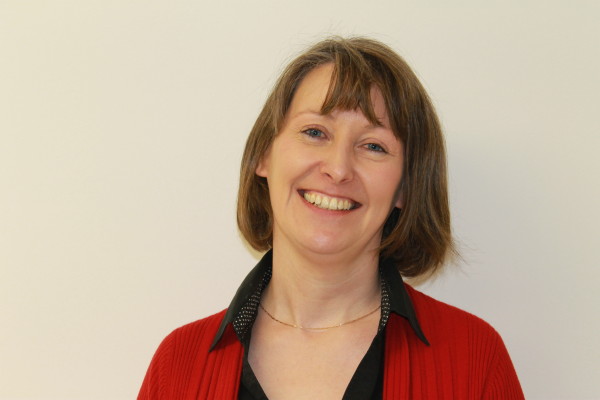 My name is Patria McWalter, I am the Archivist for Galway County Council and I am also a member of its Decade of Commemorations committee, so I’m heavily involved in the events and the drafting of the programme for 1916.

So as part of that, then the Archive section have developed several projects which we are working on, some of the events we have lined up for this year are a launch of Postcards and Images from the archives and also two exhibitions.

In the last few years, on a run up to this year we have been digitising some of our collections which relate to the whole period of the Decade of Commemoration, we have the Galway County Council minutes for instance, they are all available online and we have a few other items; such as a Galway Volunteer file which is from 1914, that is also available free online. Those are wonderful items for researchers and people can just dip in and dip out and have a look at those.

It is various items from those collections that will feature in our two exhibitions.

Our first exhibition, is just a small one, it will be a bi-lingual travelling exhibition and it will go to a lot of the small branch libraries throughout the county, this year starting in Inis Mór. That’s going to be launched early January this year and it is called “From the Archives, 1916, Revolution and Recollection”. Some of the items that are featured in that would relate to Constable Whelan, he was the only casualty of the Rising outside of Dublin and he was shot at Carnmore Cross on the morning of the 26th April, so he is featured in that exhibition. We have items in that exhibition also, from two private collections; one is The Minihan collection and that features a photograph, a lovely photograph of Fr. Fahy. Fr. Fahy was with Liam Mellows, when the Volunteers disbanded at Limepark on the 29th April. We also have items from the Tomás Bairéad collection; Tomás Bairéad was an Irish language writer and journalist and he was involved in 1916, but that collection holds letters from a comrade of his, who was writing in 1966 and beyond about his recollections of what happened in 1916, so they are some nice items to have. Just showing that beyond even the 50th anniversary of 1916, the people were still remembering and talking about just their views on what happened on 1916.

Then, we have our larger exhibition which will be launched in February of this year, this exhibition is called “From Colonial State to Free State: what they said” so it primarily features items from our own archive of course, but it is mainly minutes from the County Council and from our Rural District Councils and also from Tuam Town Commissioners and basically it’s recording what they said and their reactions to 1916, what went on then, the actual disturbances in Dublin, they don’t make any reference to what happened in Galway itself, and then of course they are condemning the executions. It shows the development of the changing attitudes from 1916 up to 1923 and how in 1920; they ended up recognising the underground Dáil Éireann. So they are all very interesting and we do hope the people will view these exhibitions; will learn something about what happened in Galway, the attitudes of the time and also again an appreciation for the type of material we hold in the archives and the work we do in the archives in preserving our documentary heritage for future generations.

Our other project for this year is a production of seven postcards, we’ve chosen seven because The Ireland 16 project had focused on seven themes for the whole year based on the seven signatories of the proclamation so we are producing a little set of seven postcards; which are images of items in the archive, we have for instance a letter which was sent from the Irish Volunteers Headquarters in Dublin to the Galway Volunteers and this is dated 1914, but it is signed by Liam Mellows. It is wonderful to have his signature and we also have a quotation from Thomas McDonagh and sons and again this is still in 1914 so it just shows that the Volunteers were preparing for a revolution the whole time; but it is a quotation for wooden guns, so I love this particular item because this is all they had to train. Then there are other items as well, the other seven postcards are from the minutes and also an inquest report in the inquest of Constable Whelan when he was shot, so it’s fantastic, that we have that in the archive. As well as that; that item has been digitised and it is available for researchers to view online.

So, that’s just in a nutshell what we have been doing in the archive for 1916. We hope everybody will get an opportunity to see some of the items in the archives, visit the exhibitions and will enjoy and commemorate with us on this very important year.