You are here: Home>Topics>Memory Map Contributions>Athenry and the Surrounding Area

Athenry and the Surrounding Area 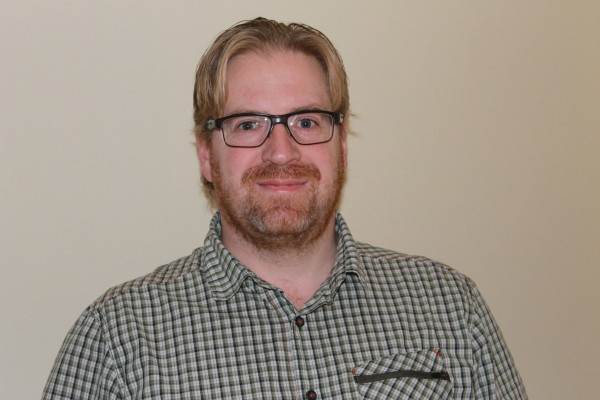 Hello, my name is Brian Quinn, I’m from the town of Athenry and my family has been on Old Church Street in Athenry for the last six generations. My wider family has been in this area probably for the last two to three hundred years. Deep roots; and that is probably one of the reasons why I got interested in this history of the area of Athenry and the surrounding parishes and communities.

From a 1916 point of view, I suppose, the thing that started everything off was a series of land evections in the 1880’s. I would say to use the language people use today, that the radicalised the area around Craughwell in particular but had repercussions across Mid Galway. All of that land agitation created a situation where the R.I.C. were hated, the establishment basically weren’t respected in this area and you can see it as well I think in that triangle of Ardrahan up to Castlegar/Claregalway in the north and Athenry in the east.

Not many men went into the First World War. In areas outside that for example Galway City and Loughrea a lot more men went to the war and I think that lead to there being a lot of relatively young men in that area, that then lead to a situation where they could be recruited into the I.R.B. and that was the main secret society, there were other smaller secret societies that were around but I think at the end they are ended up in The Irish Republican Brotherhood. Then the Irish volunteers were formed, it was a natural pool of men that could be part of the volunteers. The volunteers were formed in around 1913 and I think there was a large number of them in the area. Then as the Rising was being planned, it was recognised that there was a particularly strong pool of men in this area and this lead to men like Liam Mellows and Alfie Monaghan being sent from Dublin from the I.R.B. centres in Dublin to Galway.

Liam Mellows arrived some people would say probably Spring 1915 and maybe late 1914 and immediately took up residence in Athenry and began to train and organise the volunteers in the area. He stayed in Athenry in Broderick’s in what’s Cross Street now, and that area all of the main leaders from Athenry would live there, this reason he picked there was probably is that it’s near the train station and easy to get messages down from Dublin. He lived next door to Larry Lardiner, he stayed in Broderick’s who were very strong in the volunteers. Stephen Jordan was down the road from him, Frank Hynes lived within three to four hundred metres so then there was a pool of I.R.B. and Irish Volunteer men living around him and then he went out into the wider community as well and spent a lot of time in Craughwell and spent a lot of time organising all over the county. He had a number of arrests for example he was arrested around the 1st April 1916 and was sent to England and really a lot of the planning for the Rising in Co. Galway happened while he was under house arrest in England. He did manage to escape and made it back to Galway and made it back, he ended up in Killeeneen, I suppose three or four days before the Rising.

When the Rising started in Dublin, I think the telegrams coming from Dublin to Galway; made the authorities in Galway aware that something was happening and we can see from the witness statements that all of the major organisers in Galway city were rounded up on Easter Monday morning. Out in the countryside, in that area that we talked about, communications weren’t as strong and in some respects the Volunteers had stronger communications, so the messengers started to come down from Dublin on the train to Athenry; Larry Lardiner’s house is basically a hundred yards away from the train station in Athenry and that’s where the messengers would have gone I suppose. In the month’s coming up to the Rising that’s where they went On Easter Monday, messengers went out, they went as far as Ballinasloe but I suppose the main directions of the messages was to Killeeneen where Mellows was. Mellows got the messages, got the notification that they were out in Dublin and they mobilised, they had guns stored in Killeeneen school, the old school, it’s knocked now. They set off towards Clarenbridge so the first place they went was to Clarenbridge, they attacked the barracks in Clarenbridge because of the weapons situation, they weren’t able to take it and the local priest, because the barracks in Clarenbridge at the time was right opposite the church across the green, there and the local priest managed to convince them to call off the attack there.

They moved onto Oranmore and attacked the barracks there again, they didn’t get in, really what they were looking for was weapons. In Oranmore because it was so close to Galway, they were pushed back when a group of R.I.C. and militia came from Galway City and pushed them back from Oranmore. At the same time the Castlegar and Claregalway men were moving, were on the move and they ended up in a skirmish at Carnmore Cross killing a R.I.C. man; after that then, they began to move back towards Athenry to what we call the Mellows campus today; it was called the model farm at the time. I would say probably on the Tuesday night most of the men and the women from Cumann na mBan were in Mellows campus.

You can’t take what the volunteers were doing without thinking of what the British forces were doing at the time, there were British Navy ships in the bay, there were reports that they fired shots toward Merlin Park and Castlegar; nine shots in all. You had British Marines landed in Galway city and of course all the time the R.I.C. are on the edges in Galway, Loughrea and other places were gathering and sending scouting parties, so this influenced what the volunteers were doing. I think they pushed them towards Mellows campus first. Mellows campus is too close to Galway, too close to the railway, so they pushed back from there to Moyode. At Moyode that was kind of the first signs that things were beginning to unravel and they began to send people home; in particular, married men and first sons and the food situation was critical again at that point. They had three to four hundred men, they didn’t have enough to feed them, so there were food scouting parties going out. They killed a bullock in Moyode, but then again Moyode was not very defensible either, right too close to Galway, too close to Loughrea in particular, too close to railway lines; so they stayed there for a night or two and then they moved back to Limepark, which is where the Rising ended.

At that stage, Mellows’ was exhausted, most of the leaders were exhausted; they hadn’t slept in probably three or four days, at least, at that point particularly on Saturday, they were getting notifications from Dublin, that the Rising was finished in Dublin and they were encouraged particularly by the clergy, the clergy had good views on what was happening around the country. The Rising was disbanded at Limepark.

Most men went home, a lot of them got to Limepark and didn’t realise where they were, so it took them a while how to figure out how to get home. Then Mellows, Alfie Monaghan and Frank Hynes went on the run and went up into the Slieve Aughty’s, stayed in the Slieve Aughty’s for a couple of months. They made their way south, eventually Liam Mellows made it to England and made it to America. Frank Hynes and Alfie Monaghan, they managed to evade capture as well. Larry Lardiner didn’t get captured and a few others as well. As long as you stayed away from home; they didn’t get captured, for the other men the R.I.C basically knew everyone in some respects, they were able to figure who was away for a week, they were the men, that were involved in the Rising; though I think in general that they were able to round up everybody who was involved; that was probably about three to four hundred men in Galway.

They shipped them to Dublin, initially and then put them on cattle ships and they were sent to a number of prisons in England and they eventually sent them to Frongoch; which was an internment camp in North Wales probably in July or August 1916; there were eighteen hundred men in Frongoch and that to me looking and reading the stories about Frongoch; that is the classic prisoner of war camp, they ran the camp themselves within the rules set by the authorities of the time; but they did run the camp.

There are stories about Stephen Jordan from Athenry who was a shoemaker and he became the shoemaker for the camp, those little stories that give everything context, that I find interesting.