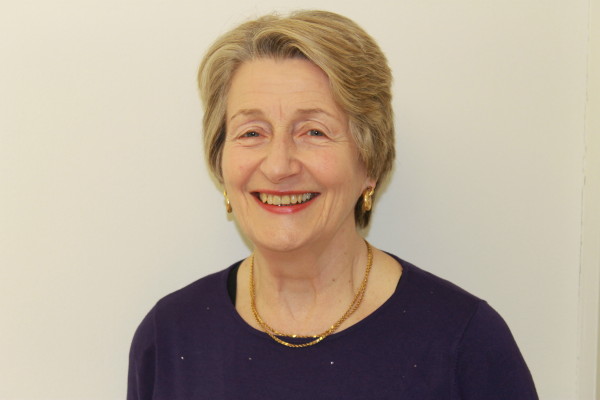 My name is Hedy Gibbons Lynott and I live in Clarenbridge.

As everybody knows I suppose, Liam Mellows made Killeeneen, which is a little village about three to four miles from Clarenbridge; made that his headquarters and part of the reason he picked it was first of all there wasn’t a R.I.C. Barracks right there. So He stayed there on the Saturday night and the word went out through all the messengers to be at mass in Roveagh, which was the closest church between Killeeneen and Clarenbridge, to be at mass at Roveagh on Sunday morning, that time all the men used to sit on one side and the women on the other and can you just imagine, all these men turning up, from what I think was 9 o clock mass on Easter Sunday morning and they’d all have been to confession the night before. A lot of them from Clarenbridge to Fr. Feeney, Fr. Harry Feeney who instrumental in getting alot of the arms, he was very republican, he raised money through dances and plays to buy arms. If you think of this company and there one hundred and fifty or sixty, some say one hundred and eighty at that stage ready to march, imagine them going to mass on Sunday morning, them standing there knowing they were drilling afterwards.

Many of the accounts say that they didn’t know this was going to be the start of the Rising, but I can’t imagine that they didn’t guess, but on the Tuesday morning, what Liam Mellows said that he wanted volunteers, twelve men, they were going to go and attack the barracks in Clarenbridge, so they marched from Killeeneen to Clarenbridge; it’s about three miles, they came by the back roads, they came to the back gate, they found somebody there, a Constable Burke, so they took his revolver and took a few rifles that were around, and took him prisoner, if you like and marched on towards Clarenbridge which was only a short march, just as they were heading into Clarenbridge, a R.I.C man came along from Kilcolgan on his bike, and so a couple of men were trying to take down the trees and block the road.

He went to draw his revolver and somebody shot at him and he was wounded and the nuns, the convent is there at the gate of Kilcornan, the nuns took him in, so he was in a way the first casualty of the rebellion around Clarenbridge.

The Volunteers, the twelve selected men went off with Corbett and Mellows towards the R.I.C. barracks. The R.I.C. barracks in Clarenbridge is actually in the middle of a row of what was eight houses at the time, it’s only seven now. The R.I.C. barracks was in the middle of the row; the priest’s house was next to it and at the end of the row, a family of Flemings lived, he was a stonemason and he had five sons and in fact a lot of the guns were hidden there and they were all involved in the rebellion. So anyway, they lined up in front of the barracks, there seems to be conflicting reports, but apparently somebodies gun went off as they were going into the barracks, it sort of forewarned the officers or the R.I.C. men who were upstairs or in the back and the duty officer who was down near the front refused to surrender and got away, so they were left with men upstairs and having to attack the barracks in that way.

If you just think, this was the first time, these men had every really confronted, maybe killed somebody for this rebellion. Anyway, the R.I.C. men refused to surrender and the parish priest who was Fr. Tully came out and he begged Mellows and Corbett, that there be no bloodshed in Clarenbridge, so eventually they agreed and they backed off and Mellows and Corbett decided the best thing to do was to head for Oranmore and join in the attack on the barracks there, so they took down the barricades and they marched to Oranmore.

When they got to Oranmore, they found that here there already had been one attack on the barracks in Oranmore, which hadn’t been successful and then they joined forces with the Oranmore people and they were going to attack the barracks again, but in the meantime, the word was out throughout the R.I.C. barracks, that there was something afoot, a rebellion, people rising up and trying to take the barracks and there were re-enforcements being sent from Galway by train. Mellows sent off a couple of people to watch out for the train and see if the soldiers were in it or the R.I.C and there were. They backed off, not before there was some fire on either side, they backed off and decided that the best thing to do was to head for Athenry, so the Oranmore company and the Clarenbridge company headed for Athenry. They all met there and there was about, between five and six hundred men assembled there that evening. They all had to be fed, all had to be slept, if you like all to be provisioned in one way or another.

Now, they apparently had a few R.I.C. men, prisoners, so they were actually taking them with them as they went, which can’t have been easy either. Apparently, one of the men from Kilcolgan, who was a drover, a horse and cart for Staunton’s in Kilcolgan, actually contributed himself as driver, the horse and cart and took the prisoners in the cart with him. It’s extraordinary that they would have that much consideration for life, do you know, but then the other side of it is that, these were all Irish men as well, they just happened to be on the other side.