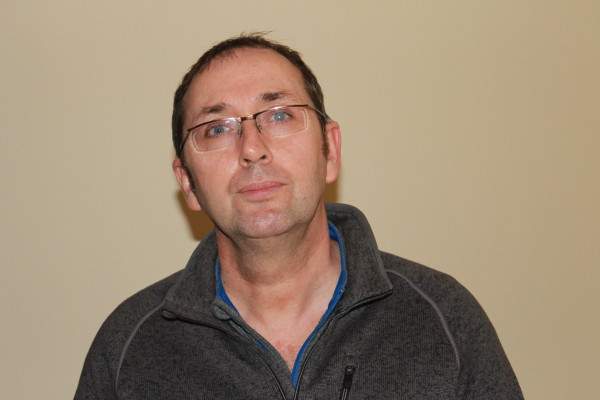 Hi, my name is Alan Burgess and I am the manager of the Athenry Heritage Centre, we sort of try and concentrate on the medieval period, mainly this is what is left in the town today that people can see. However, for the 1916 commemoration, we are actually going to demonstrate to the local population and create an educational program entitled “The Twelve Apostles”.

Now “These Twelve Apostles” were part of a group of men which numbered about 500 altogether who under the direction of Larry Gardiner and with Liam Mellows marched upon the agricultural college which is not the Teagasc College called the Liam Mellows campus. They took it over and basically, they made their presence known to the local R.I.C. from there they marched to Moyode Castle, now whilst there a Fr. Tom Fahy, he actually approached the men and informed them that it hadn’t gone to plan in Dublin because all communications had been lost so basically there were losing a battle which in the end was never going to be won. Unfortunately, as the men dispersed an informant actually gave up a number of names and in fact, these men became the Twelve Apostles who were tried and then sent to Wormwood Scrubs and they served about twelve months hard labour at the time. The particular relevance for the centre is one of the members of staff; she is married to a Thomas Barrett and it’s his grandfather who was one of the Twelve Apostles and his name was Thomas Barrett and he has actually the prison uniform that he wore while interred in Wormwood Scrubs during this period and we are going to display this along with medals and we also have some other artefacts and to get the information across, we are going to use a selection of storyboards, give a timeline. It’s a short period of time that the events happened so it’s quiet easy for us to tell the story.

My tour guides are very good at presenting history in a way that’s easy to understand, it’s engaging but also we are going to make sure that very young visitors to senior visitors can understand in an easy way and in a way that’s good to grasp that the history of Athenry with the 1916 uprising is an intricate part of the history of the town as well as the Anglo-Norman history of the town; but we are just trying sort of in some ways get it separate but also bring it together because the town in some ways was still a defensive town so maybe that also developed into why it was actually why possibly Athenry was a place to defend if it ever came to it.

It is going to be a journey of discovery and you I want the centre to become a focal point not only for the 1916 Rising but also want to demonstrate the second part, the medieval history which is the 1316 uprising as well.