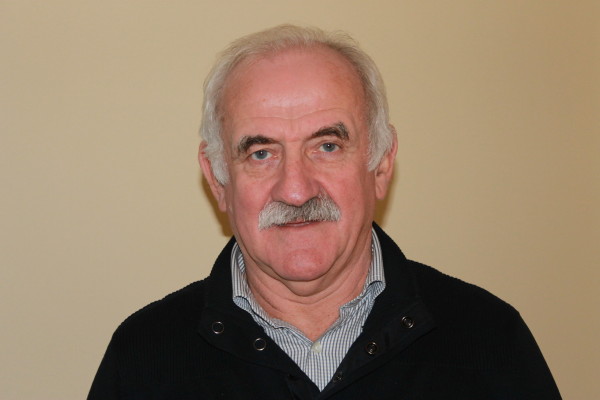 Hello my name is Jim Herlihy and I am a retired member of the Garda Siochana and I’ve been involved in genealogical research for the best part of thirty years.

Overall, there was only seventeen policemen killed in 1916, which is phenomenal three Dublin Metropolitan policemen in Dublin and fourteen for the rest of the country. When it comes to Galway, there is only one policeman killed; which is extraordinary and just only a few injured.

I know that the County Inspector at the time got the King’s Police Medal for the way he managed everything, in that, with so little Army at the time and it was just the way he used his resources more than anything else. It started, really with a roundup, Constable Whelan would have known; and that’s the thing about is that; the R.I.C. living in the community and all that were more or less Community Policemen, they knew everybody in the community and the types of records that they kept and so when you go through them, with household registers and anyone coming into the area or coming out; as De Valera put it they were the eyes and ears of the ??? as he called them. When District Inspector George Bennett heard in American terms “like a posse” to go out and pick them up a convoy with thirteen in it. Constable Whelan knew exactly who he was facing; literally he called them by name. It just shot it the head straight away, just one of the smart things but what I am amazed about that nothing more happened in that particular day, because the R.I.C. would have been outnumbered at the time.

His family came from around Glamoy, Co. Kilkenny, his date of birth was 18th February, 1882. He was 6 foot 2⅜ in height, his native county was Co. Kilkenny but he joined from Dublin and he was Catholic and he joined on 25th Oct, 1907. He was twenty-five years of age and I consider this a bit high and the very fact that he joined in Dublin, I see from that record; that he didn’t join in Kilkenny that he was already in Dublin so he may have been working in Dublin at the time.

The service record that has survived, only says the county to which he was allocated and we know that was the division of Galway West Riding. He went there on the 14th April 1908. He posthumously for 1916, he got a third class favourable record and the date of this is 27th July 1916, but he had been killed on the 26th April and the reason I mention that date is that all those who got favourable records, that’s the date that the file appeared to be completed and that seemed to be the file record for it.

The parents are Jeremiah Whelan, Baunmore, that’s near Urlingford in Co. Kilkenny in the registry of Urlingford; his mother was Margaret Murphy, his father’s occupation was a labourer and I just discovered that his parents were married on the 29 January 1880.

The R.I.C. continued until the 31st August 1922, they were completely embedded in the community and that’s the huge difference, I think, between 1916 and 1920, in that the outside police force came in. It’s like history repeating itself with the peace preservation force one hundred years before that; they coming in and getting tangled in all sorts of things. Definitely wiping out the problem but the backlash for the ordinary policeman on the beat was phenomenal when it came to the Independence. The amount of I call Police related atrocities, what they suffered was unbelievable and the families were ostracised for fifty and sixty years, it’s whatever about ??? we are only now learning in the last decade, I’d say the thing about it is, that people do not realise is that when the R.I.C. were disbanded, their murders were not investigated, there was still people out there who murdered them and the same on the other side obviously, but those families never got closure, even to highlight it in the local newspaper of the time. Where they were buried is very hard to find out that, I know of about a dozen cases, where a policeman was killed and some family member had to travel the length and breadth of the country from their native county to collect the body.

In, Patrick Whelan’s case, he is buried in Galway in Bohermore Cemetery and the Connaught Rangers, well some of them presided at the Mass and at the funeral and at but least he is being remembered and it’s great to see home being remembered