The site where Liam Mellows marshalled the volunteers 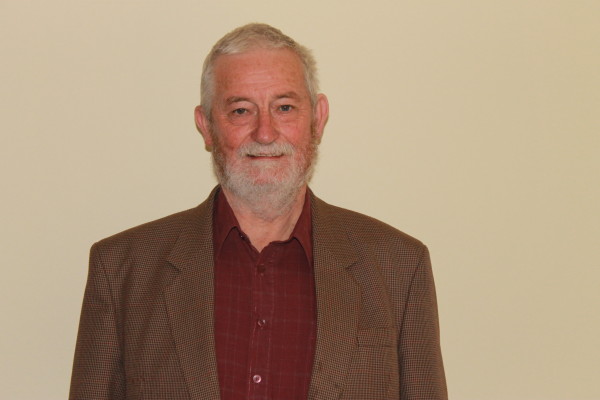 My name is Jim Reidy and I am the vice-chairman of Athenry Tidy Towns. I have been involved in working with the development of the 1916 commemorative garden here in Athenry to honour the people from around Athenry and South Galway, who took part in the Rising in 1916.

We got the site from the Athenry Community Council, the site is the exact site where Liam Mellows marshalled the volunteers and organised them in the lead up to the 1916 Rising. Having got the site, then there was a decision to be made on what was going to go into the garden, I think 99.9% of the materials used will be Irish. So we secured the stone from Sisk, who was building the road and the stone came from the old stone walls from the fields around Athenry. We finally got the plan, the final plan of the garden from a guy called Anthony Ryan, who is the landscape architect and he is an award winning landscape artist, he won an award at Blooms. Our original draft, Liam Heneghan was involved with it and Cormac O’Reilly himself was involved in the next draft and after that we got the final plan.

People from Athenry National School, Pierce Coffey and his board of management facilitated us greatly in having that bust of Liam Mellows repositioned in our garden. The bust of Liam Mellows was originally commissioned in 1966 to commemorate the 50th Anniversary of the Rising, so Liam Mellows again is the central point of the garden.

Further on then as you go around the garden, you will see standing stone commemorating the diaspora na Gaillimhe; all our people who left Galway from famine times. So that’s on the left hand side as you go in. Now if you take the right hand side as you go in, if you look straight in front of you, as you go in the entrance, the first thing you’re going to see is this standing stone with water bubbling up through it, next thing you are going to see is kind of, let’s say the architect calls it a sanctuary area or an area for reflection, the third thing you’ll see is water bubbling up, through a group of rocks and flowing down into a stream, the stream will be about a metre wide and that will flow back down into the upstanding, up where the upstanding rock is and the whole lot will cascade down into a reservoir and be pumped back again, so as well as that, the garden walls will also be seating for people who want to sit and reflect on their journey through the garden and things past.