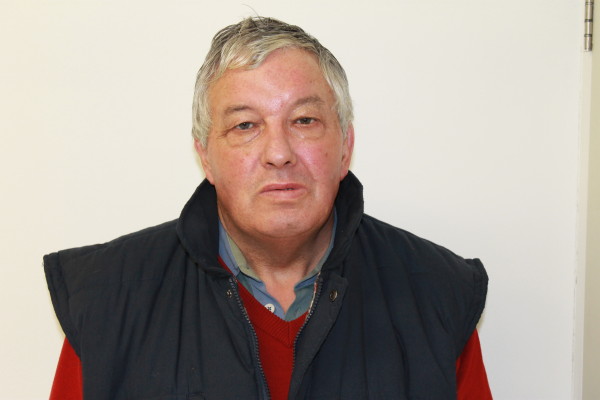 I’m Gerard Fahy from Cornamon, Ardrahan, Co. Galway. I’m the grandson of Padraig Fahy; their house was raided by the Black and Tans because it was the headquarters for South Galway for the old I.R.A. and also headquarters for Liam Mellows and when the Black and Tans found no arms at one stage, they burnt the house completely to the ground. The remains are still there to the present day and there is a monument in honour of Liam Mellows, up top of the road, at the side of the road, as in front of the house.

In May 1921, my grandfather’s sister Mary, which is a member of Cumann na mBan died at the age of 21 and when she died the ground forces took position of her coffin and grave. Brothers weren’t allowed to go to the funeral because in account of there being spies there, then as well, like and account of the treason, she’s buried along with her other two brothers, Séan and Micheal are buried old the old church ground in Kilbeacanty.

Padraig moved down to Tullira, where he married Bridget Guhen, she was from Broadford, I think on the Clare/Limerick border. She was a National school teacher, he was an Irish school teacher as well, he used to cycle down to Toureen in Mayo, down there to do teaching Irish classed and he always kept actively involved to keep up the Irish language always. He died at the age of 97, he always said, that when he passed away, that would never be forgotten, all the people that fought for the freedom of this country.

That was his main worry, that they would never be forgotten.