You are here: Home>New contributions>The War of Independence Comes to North Connemara: March 1921

The War of Independence Comes to North Connemara: March 1921 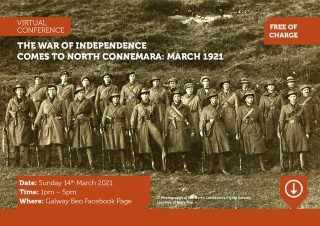 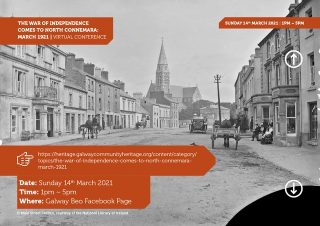 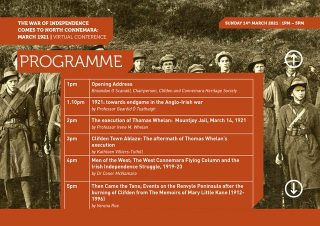 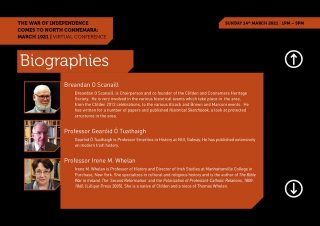 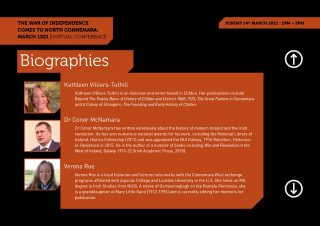 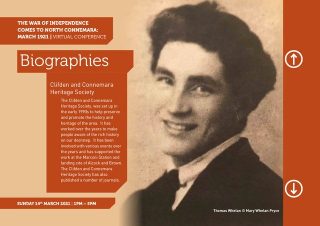 Presented by the Galway County Council’s Decade of Commemoration Strategy 2013-2023 in conjunction with the Clifden and Connemara Heritage Society, a virtual, free-of-charge conference will be taking place:

The day will begin with an opening address from Breandan O Scanaill, Chairperson, Clifden and Connemara Heritage.  Professor Emeritus in History at NUI, Gearóid Ó Tuathaigh, will then speak to 1921: towards endgame in the Anglo-Irish war.

Next, you’ll hear from Professor Irene M. Whelan, Director of Irish Studies at Manhattanville College in Purchase, New York, on the Execution of Thomas Whelan  at Mountjoy Jail on March 14, 1921 starting  at 2 p.m.

A discussion of the aftermath of that execution from Clifden-based historian Kathleen Villiers-Tuthill with a talk entitled Clifden Town Ablaze: The aftermath of Thomas Whelan’s execution will follow at 3.

Dr Conor McNamara who has written extensively about the history of modern Ireland and the Irish revolution will present a talk on Men of the West; The West Connemara Flying Column and the Irish Independence Struggle, 1919-23.

The conference will wrap up with a recounting of Then Came the Tans; Events on the Renvyle Peninsula after the burning of Clifden from The Memoirs of Mary Little Kane (1912- 1996) by with her granddaughter Verena Roe, a local historian and lecturer who works with the Connemara West exchange programs affiliated with Aquinas College and Lourdes University in the U.S.