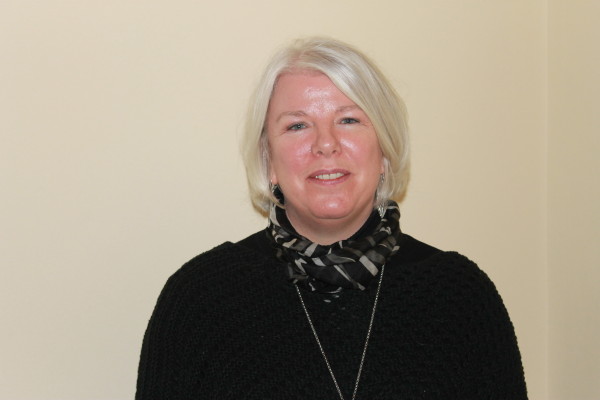 My name is Eilish Kavanagh and I live in Northampton, Kinvara and ironically one of the first shots of Galway in 1916, happened in Kinvara and that was outside Fr. Meehan’s house after the countermand of O’Neill, eventually early morning, I think it was 4am in the morning. Liam Mellows asked Pádraic Fahy to go to Kinvara to pick up Fr. Meehan and mobilise the Kinvara company, which by indications from the Police records was a very strong company. He was there with two other men, and when he arrived the R.I.C. was waiting for him. At the time Fr. Meehan was aware that he was being watched and he had gone off somewhere and they knocked on the door and the housekeeper said he wasn’t here, but out from a small tiny bit of a wood to the side of the house, stepped the R.I.C. men, so the R.I.C. grabbed two of the other men and Pádraic Fahy and a struggle ensued and shots were fired and two of the other men got away before Pádraic Fahy was captured and he was taken, first to Kinvara and then to Gort and then onto Limerick.

Fr. Meehan never came back, but by four o’clock the next day, the Kinvara company was mobilised. Liam Mellows himself at the time, I think once he heard about Pádraic Fahy, tried to go rescue him but it didn’t work, the roads were blocked so then they began to gather arms in the area because unfortunately there were few arms that they had, so Tuesday was a fair day so there was lots of farmers in town conveniently with shot guns now the quality of the guns, and the quality of the shot guns, I’m not sure how good they were because a lot of the statements say mine was broken, mine was this, but they had got a lot of arms, so they decided that they would go to a local ex-British Army officers house, Brady Murray in Northampton and this is where they had their first real scuffle, because they came over the brow of the hill and there, coming towards them on the bicycles, were four R.I.C. guys, I think they both got a fright, if the truth be known and they all jumped into the ditch and shots were fired, back and forward. Some of the them were obviously closer and some of them were further away, but the R.I.C. guys got back on their bicycles and cycled as quick as they could back in the direction of Gort. Now, this is quiet significant, this is one of the things, that kept coming up in the statements and indeed the pension applications, you know, what was the distance, who shot and all this sort of stuff, but it appears that thirty or forty of them, who had guns at the time, shot and I think this was being classed as their active service, they were not being believed, nobody believed them, so Florence McCarthy from the R.I.C. actually wrote a letter to the Pensions Board to say, yes, he was and he remembers how many of them did shoot so he co-operated their story, which is quiet ironic really.

So after that then, they came back and stayed in a place called Foy’s house which was an old Fever hospital in ruins, they cooked up some meals and they started to march towards, Moyode and Fr. Meehan gathered them all and told them some of them may not return and he wouldn’t think any less of them if anybody wanted to stand out and none of them did. And they were all prepared to fight, so away they marched and unfortunately they got to Ballinderreen and I say, unfortunately because it was a contentious issue in their pensions application, that they only reached as far as Ballinderreen, but another Kinvara man from a different company, Thomas McInerney, who was a scout for Liam Mellows stopped them and told them that the Barracks along the way was actually full of other R.I.C. people from Clarenbridge and had been re-enforced and they probably wouldn’t make it through that and even if they did make it through that to Moyode, that his scouts had told him that Moyode, that they’d probably be moving. Ironically, by Thomas McInerney turning them around and sending them back to Kinvara, he, in effect denied them their pension where as if they have moved on and they had have engaged or being engaged in active service, there probably have been no issue.