You are here: Home>Topics>Athenry, The Twelve Apostles>Patch and Thomas Kennedy 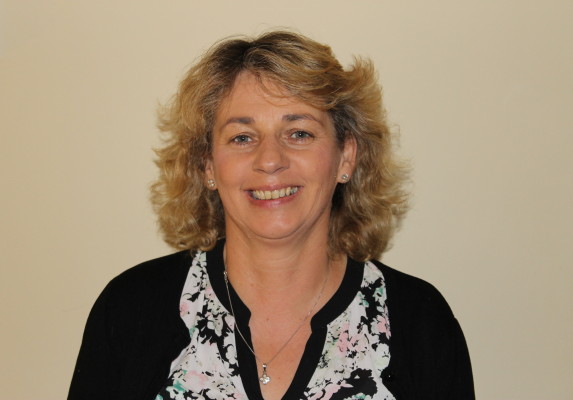 My name is Breda Reagan and I am the granddaughter of Patch Kennedy and grandniece of Tom of the Twelve Apostles. I suppose a bit of the background to who the Kennedys were. They were from Sliabh Rua, which is only a few miles out the road from Athenry. There was actually four brothers involved in The Rising. John their other brother who was living at home with them as well and Martin a brother who is living in Rockfield.

There was thirteen arrested originally but john was acquitted. They were living in the Moyode Estate and they were labourers for the Moyode Estate. So they joined the The Volunteer Force, I suppose really to change their lives ’cause they were fed up with the way things were in the day and Tom was only fifteen when he joined. So during The Rising they joined with Mellows at the  college in Athenry and they were there with the whole gang, say the Clarinbridge lads and the Craughwell lads and the Oranmore crowd.

So I know there is a story that at one stage, Patch left the college with his horse and cart. They went foraging for food and they went as far as Rahard, to Kings of Rahard actually and they were trying to steal potatoes but they came accross the R.I.C. and they were brought under fire there and the fight lasted for five hours, so they were kind of, we’ll say I suppose the R.I.C. were hiding and they were trying to keep away from them. It went on for five hours but luckily nobody was hurt or killed. Eventually they got back to Mellows. I’m not sure if they got the spuds or not, but that’s the story anyhow.

So then when Mellows moved everybody to Moyode, really Patch and Tom are in their backyard then. The knew the place like the back of their hand. Again Patch went out foraging for food while they were there and also there was somebody in there that was very sick. At some stage and they needed some one to go and get medicine. So Tom left Moyode House and went to get… because he’d know the lie of the land and to know how to get out quick and back and they had some guards on the gate, you know from themselves. They posted guys and there was a password so when Tom left that was fine but when he came back there was a new guard and didn’t believe him, so took him a while to get back in but he was eventually recognised and brought back in and sure after The Rising was over and they decided to disband, well I think it was about a month later that they were arrested. Now Patch was arrested in his own house. I’m not quite sure where Tom was arrested but his mother was there at the time and when the soldiers came to take him away ‘course she stepped in and one of them pushed her away and Patch hit him and they hit Patch then and he always told us that they broke the socket of his eye, that day leaving the house.

Records are there to show he was marked over his eye. When they were arrested they did spend some time in the prisons here in Ireland. They were in Portlaoise I think, they went to Arbor Hill and Kilmainham as well for a couple of days but they were put on a cattle ship across to England and all the way across they were told that the boat would be sank and that they would be drowned and they were sent to Wormwood Scrubs. They were there for about seven Months, now they had a very hard time while they were there and Patch told us the story, I remember him telling us very vividly that they were so hungry that one day a crow was passing the yard and he dropped a crust of bread. About twenty men ran to get it, they were so hungry. Another story from their time in prison in Wormwood Scrubs was that they were, on nearly a daily basis, marched round a big hole in the ground, which was a lime pit and told that they would be shot and thrown in there and that would be the end of them and that would be their fate, which was I suppose a terrible threat to them really and they didn’t know any different. They knew the guys had been shot in Dublin. So they thought too that maybe they’d be shot as well, you know. So, they had no contact with home but Patch had the price of a stamp with them and somehow he persuaded a prison officer over there to let him post a letter. Now Patch could be quite persuasive at times and they got word back to their mother that they were alive at least. They didn’t know what their fate was going to be at this stage or how long they would be there but they were alive, so they got that word back to them.

Then they left and went to Lewis Prison, which was a less harsh regime and they seemed to have an easier time there and while they were there, Patch made a polish brush from horse hair, which we still have and they were released in March 1917. Even though they came back to Ireland, they were still, you know, they wanted to carry on the fight and on the way home, would you believe they stopped off in London and they met a guy who gave them guns to carry back, on their way home from prison and they got them as far as Dublin and it was to a tobacconist shop that they went to. A man called Tom Collins, they gave him the guns and on home again. They did carry on the fight because the two of them were involved in the War of Independance.

Granddad died in 1980. Tom died in 1976. I would have been nine when Tom died, so I remember him. He actually came to live with us, even though he lived next door. I’m living in his house now. Patch, sure he was with us ’till I was like fourteen or fifteen, so I remember them quite well