The Rising, The War of Independence and The Civil War 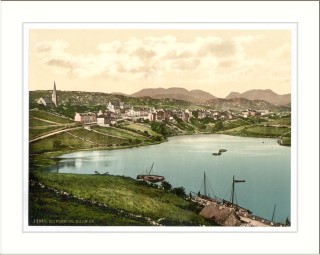 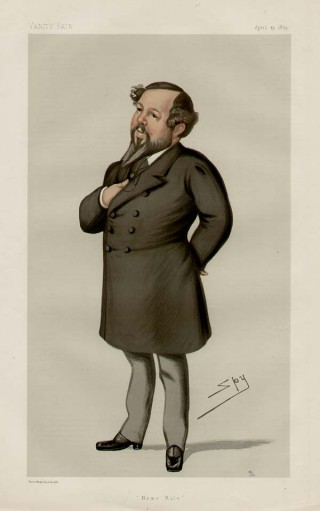 I am a local historian and I write about Clifden and the Connemara region in general. I cover the period of both the Rising and the Civil War and the War of Independence in my book “Beyond the Twelve Bens”.

The police inspector for Galway county reported that the Clifden district was quiet during April 1916. This was not entirely surprising, the district was known to be supportive of Redmond and the Irish Party. There was no real agitation in the area and what little agitation there had been in the years leading up to 1916 would mostly be agrarian, it would have to do with the small tenants trying to get rid of graziers.

There was a Sinn Féin club in Clifden, but membership was low and they were mostly involved in political debate and in the distribution of pamphlets and newspapers and it is not known if any of their membership actually took part in the Rising in County Galway.

William O’Malley and the parish priest of Clifden Monsignor MacAlpine.

Politically, the prime movers in the district were the Nationalist politician for Connemara, William O’Malley and the parish priest of Clifden Monsignor MacAlpine. O’Malley was a local man from Ballyconneely, he represented the district for twenty-three years until he was beaten in the election of 1918 by the Sinn Féin politician Padraic O’Maille. O’Malley had kept the fight for Home Rule alive in the west and the parish priest of course Monsignor MacAlpine was a strong political force in and around the district, he supported O’Malley and the Irish Party and literally held Clifden for the Irish Party.

Both men fully supported Redmond’s stance on the War and O’Malley regularly appeared at political rallies throughout the county, he spoke at a meeting held in Galway in January 1916, also present at the meeting would have been The Lord Lieutenant and John Redmond. The purpose of the meeting really was to try and persuade men of influence in the County to put pressure on the young men to encourage then to enlist in the British Army and to fill the ranks of the Irish Regiments who were depleted due to several battles they had taken part in very recently. So immediately after the Galway meeting, there were recruitment rallies held in Oughterard, Rosmuc, Carraroe and Clifden, now the meeting in Clifden was held in the town hall and a brass band of the Connaught Rangers came into town on the train. The marched through the town to the town hall Dr. Pit Goraham opened the meeting and it was very well attended apparently, there was a very large crowd there and William O’Malley spoke as did several others.

He was sent to Gallipoli

When I was reading about this meeting in The Connacht Tribune, the report in The Connacht Tribune, I was surprised to find that my grandfather was one of those who spoke at the meeting. He was a District Councillor and a member of the Board of Guardians and his name was Michael Lavelle, he was a small farmer from just outside Clifden. Two of Michael’s sons were already in the British Army and my father was one of them, he was the oldest son and in Officer’s training college, down in Fermoy in Cork at that time and the other brother Willie he was already serving, he was sent to Gallipoli in 1915. My father was sent out to France around the middle of 1916 and the third brother Joseph; he joined up at the end of the year. So thankfully all three of them survived but they had a very eventful life, both in the Army and afterwards when they came back to Ireland.

But men like my father and grandfather were well schooled politically and Home Rule wasn’t just some abstract notion that had recently been introduced to them. They knew the generations before them had fought for self-government.

Political campaigns were always heavily contested in Connemara and were well talked about over the years and even decades after they had taken place. The demand for Home Rule had been a political issue on the streets of Clifden from the 1830’s when the founder of Clifden, John D’arcy had ran for parliament on a number of occasions and one of the platforms was a repeal of The Act of Union and of course Daniel O’Connell held a monster meeting here in 1843 demanding the repeal of The Act of Union.

Then, Mitchell Henry from Kylemore Castle or Kylemore Abbey as we now know it today. He represented the Connemara area for fourteen years and the 70’s the 1870’s and 1880’s and he was one of the founder members of the Irish Parliamentary Party and was considered at the time to be next only to Butt in influence and in importance in the Irish Party, so for these men the supporters of Home Rule, the great fear was that the Rising would put in jeopardy the work of past generations, so they would have viewed it really with great fear that would cause a halt to their plans. But with of course the executions all of that attitude all changed and then that was reinforced by the activity of the Black and Tans in the years that followed.