You are here: Home>People>Tom Kenny

One of the most important nationalist leaders in Galway 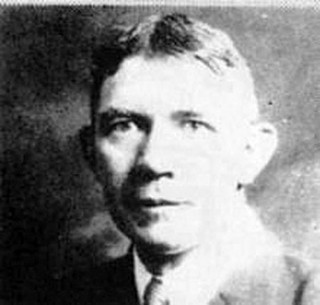 Tom Kenny is simultaneously one of the most important nationalist leaders in Galway prior to the revolutionary period, but also one of the most enigmatic. What little is known about Kenny is controversial and many of the testimonies of the Volunteers show that opinion was divided on his actions and importance. However, he was prominent enough to be recognised by the British authorities as a major figure in the west of Ireland: a high-ranking civil servant allegedly was referring to Kenny when he asked ‘Was Ireland to be governed by a water bailiff in Dublin (supposedly John MacBride) and a blacksmith in Galway?’[1] Another, possibly more apt, quote came from the oration at his funeral: ‘He was a great organiser but he was not a diplomat.’[2]

Kenny’s main area of influence was in east and south Galway and particularly around his native Craughwell, where he the main IRB figure, a member of the United Irish League, a prominent Connacht GAA organiser and the moving spirit behind the ‘secret society’, which agitated violently for land reform and redistribution. He also set up one of the first branches of Sinn Fein in the county during 1907. One of the most notorious incidents he was involved in was a dispute over a farm in Templemartin in 1909, which Kenny wanted to be broken up and parcelled out to locals, but the landlord, Lord Clanricarde, rented it in its entirely to a local woman. After a prolonged campaign of intimidation, during which shots were fired around the house, crops were burned and a partial boycott implemented, an RIC constable was shot dead at the farm. The subsequent trial of two members of Kenny’s secret society for the murder was derailed by false evidence and the two were released in 1910. There followed a severe outbreak of violence as supporters of Kenny’s society and its opponents clashed around the county. Despite suffering some reverses in this short-lived conflict, Kenny’s influence continued to be formidable and he was described by one IRA volunteer as being ‘practically independent of the Dublin leaders’ by 1914.[3]

When rebellion broke out in 1916

Kenny’s role in the 1916 Rising is yet another area of controversy. Through his IRB and secret society connections, Kenny wielded great influence over the rank-and-file Volunteers in the county, but his aim of a radical restructuring of land holding in Galway sometimes lead him to into disagreements with the more national-minded Volunteer leaders. In particular, it appears that he did not see eye to eye with Liam Mellows, who had been sent by Dublin to Connacht in 1915. Kenny had been the regional IRB leader at that point for some time and clearly did not take kindly to the arrival of an outsider, especially as Mellows’ objectives did not coincide with Kenny’s own. When rebellion broke out in 1916, Kenny argued that the time was ripe to seize land and livestock from local wealthy farmers, but Mellows overruled him, preferring instead to remain focussed on more conventional targets.

Like Mellows, Kenny escaped to the US in the aftermath of the Rising where their aversion to each other continued. According to one statement, Mellows deliberately avoided Kenny and when they did eventually meet, Mellows refused to introduce him to any of the leading Irish-Americans, which caused Kenny great bitterness.[4] Upon his return, Kenny immersed himself in Craughwell and Galway GAA activity and managed the Galway hurling team to victory in the 1923 All-Ireland final against Limerick, winning 7-3 to 4-5. The match was actually held in 1924 because the country was still recovering from the civil war and his long contribution to Galway GAA was recognised as the GAA pitch in Athenry was renamed Kenny Memorial Park in his honour.

Upon his death in 1947 a remarkable memorial appeared in the Tuam Herald in the form of a poem: