He was a close associate of Arthur Griffith 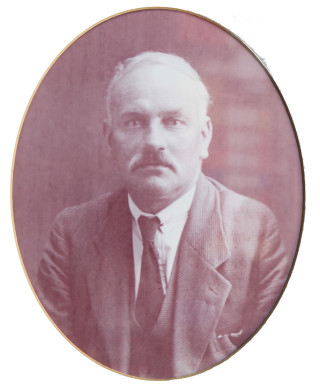 George Nicholls or Seoirse MacNiocaill as he was also known (1884-1942), was a Solicitor, originally from Dublin.  He was a close associate of Arthur Griffith and a member of Sinn Féin from its inception. He moved to Galway in about 1910.   Nicholls was Head Centre of the Galway Branch of the Irish Republican Brotherhood (IRB) and an Irish Volunteer. He was one of the first men arrested in Galway following the outbreak of the disturbances during Easter Week, and was interned in Frongoch until 1917.

Nicholls was also County Coroner and should, had he not been arrested, have pre-sided over the Inquest into the death of RIC Constable Patrick Whelan. Whelan was shot and killed following an exchange of gunfire between a party of RIC Crown Forces and Irish Volunteers at Carnmore Cross on 26th April 1916. Whelan was the only casualty of the Easter Rising in Galway.

Nicholls is buried, with his wife, Mairéad, who died in 1932, in the New Cemetery Bohermore, Galway, not far from Whelan’s grave.

For information on the Archives holdings see www.galway.ie/archives.