You are here: Home>People>My family in the war to end all wars

My family in the war to end all wars

My family in the war to end all wars 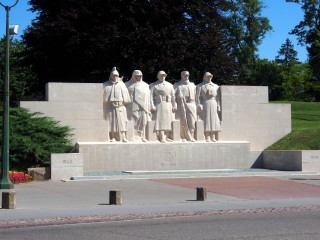 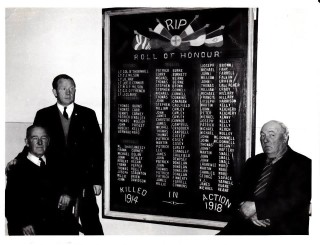 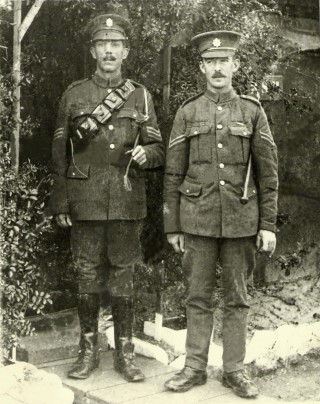 My grandfather Gussie Brown had enlisted in the Connaught Rangers in 1914, or so I thought as we never really discussed it – me being too young and him, probably, too affected by the carnage. I also thought he had a “younger brother” Joseph who was killed in France Nov 1917, but that was wrong also.

Then a couple of years ago I became interested in my family’s history and it was like opening Pandora’s box; there is no end to it. Coming up to the 100th anniversary of World War 1, I wondered how it affected my grandfather’s family. I was lucky to get Oliver Fallon, a Connaught Rangers researcher, to do some searching for me. Everything I thought I knew had just been the imagination of a young child. Firstly Gussie had indeed enlisted in the Connaught Rangers, only much earlier, on the 7th December 1908 aged 18. Secondly Joseph was a much older married man (31) who enlisted in the Connaught Rangers in 1916. Joseph lived in No 2 Excise St Athlone and had a son (also Joseph) who was born just after Joseph had enlisted, something I never knew. Joseph Senior was killed in action during attack on a tunnel trench near Croisille, France on the 20th November 1917, just a month after returning from leave. He is buried in Croisilles Railway Cemetery in France and is listed on the Ballinasloe Roll of Honour. Joseph’s widow was awarded a pension in 1918, but in 1919 a letter requesting information regarding soldiers’ relatives was returned by the Post Office Athlone in marked “GONE” (Pandora’s box which I am still searching for)

While reading Gussie’s and Joseph’s service records, I found there was two more older brothers, whom I knew nothing about, Michael and Edward J.J. Both men had enlisted in the Royal Hussars and Edward possibly fought in the Boer war and spent some time in Iraq, but this needs some more teasing out.

I then turned my attention on my gran’s family; the Burkes. Her brother Willie enlisted in the Royal Hussars in 1904 aged 18 and spent 14 years in the army. Of those 14 years 6 were spent in India. Nan’s other brother John, who was known as Jack joined the 1st Irish Guards in May 1913 aged 21. In Dec 1914 he was wounded and had shrapnel removed in a field hospital in France and was shipped back to London where he had the leg amputated due to “shrapnel wound with septic infection”. Jack was discharged on the 29th April 1915 due to “shrapnel wound left knee. No longer physically fit”Gussie survived the war and reared a family, my mother, included, who ended up with the nickname VERDUN. Her slightly older brother was asked what was the new baby’s name, and because of the talk at home about his dad, the war and the battle of Verdun, he simply said VERDUN. Michael Brown also survived as I found his 93 year old son, Patrick. Jack and Willie Burke also survived but I remember my gran saying “they had some terrible nightmares”. I am still researching Edward J.J. Browne so I’m not sure as yet. Joseph will always be “that young man who went away and never came home” like so many who fought and died in “The war to end all wars”.